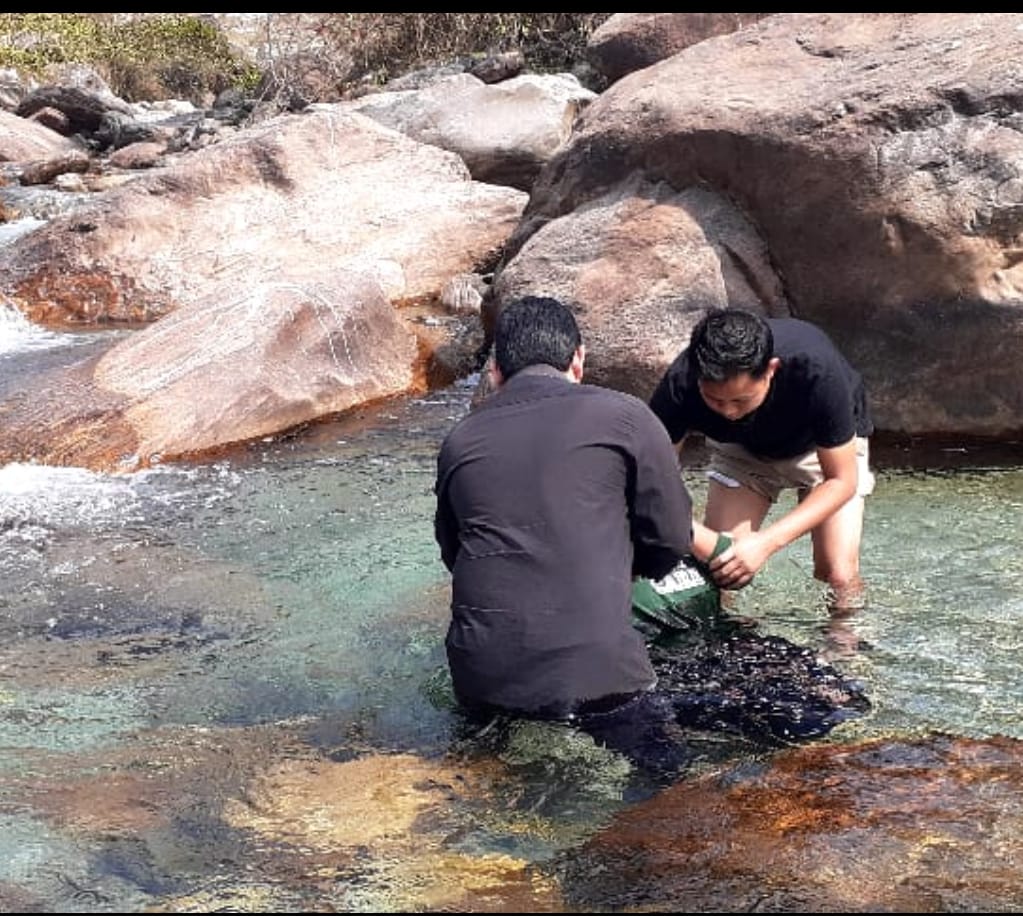 Bhutan is a small Himalayan Kingdom also known as the “land of thunder dragon” Its proximity to India and Tibet and consequent use of Bhutan as a route by merchants and Buddhist practitioners from Tibet influenced the spread of Buddhism and the inception of early trade with Tibet and India.

In the year 2005, commended by Brethren assemblies from India, we were sent as the first Brethren missionaries into this landlocked country. To keep our secular identity, we worked as teachers. The main aim was to learn the local language, culture and befriend the people. Christianity was officially banned until 2010. We were not allowed to preach, teach or give any literature to people. So with our teaching profession, we started learning the language and secretly used it to share the gospel with people. After four years of labour, the Lord gave us the first soul. He was a student. He accepted the Lord as his personal saviour and was baptized at the end of 2009. The first Brethren assembly was established in 2010.

Now let me brief you on the work going on in Bhutan:

1.     Church Planting:The Lord helped us to establish four house churches. The people are from a Buddhist and Hindu background. They face humiliation and are deprived from many facilities in the villages. In spite of persecution and problems they are strongly growing in the Lord. The Lord has saved drug addicts, alcoholics, drug smugglers, and now they are following Christ. Some of them are serving the Lord full time. On 22nd February 2021, nine more people were baptized and added to the assembly.

2.     Translation of Emmaus courses into the national Language of Bhutan.

3.     Bible School:As you know, we are not allowed to teach the word of God openly. We decided to start small Bible school to teach the word of God to new believers and school and college students, and we have trained nearly 125 students. By the grace of God now some of them have accepted the Lord and been baptized. Now a couple of them are in full time ministry. The Bible school has played a vital role in expanding the work among college students and schools and villages.

4.     Orphanage:Polygamy is more common in Bhutan. Due to this social evil there are many broken families and deserted children. My wife developed a burden to do something for them. We started praying for such vulnerable and deprived children. We prayed from 2007 to 2013 and finally in 2014 we took step of faith and started an orphanage with seven children. Now we have 17 children in our home. They are Orphans and semi –orphans. As yet we cannot provide proper accommodation for them. Please pray for proper buildings, dormitories, kitchen, dining hall, study and library.

5.     Evangelists: There are five full time evangelists working in Bhutan.

1.     No religious freedom, no official church buildings, no Christian graveyards

1.     Pray for religious freedom and permission to distribute literature and construct assembly halls.

2.     Pray for the establishment of assemblies in the 20 districts of Bhutan

4.     Pray for a permanent building for the Orphanage and Bible school

7.     Pray for a kindergarten school for the people of Bhutan. It is one of the best tools for evangelism. There are no kindergartens in Bhutan. We can reach the parents of these children